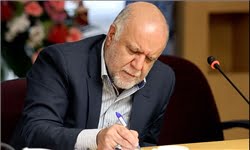 According to the International Finance Group’s Fars News Agency, on the sidelines of the summit of the 130th OPEC Summit in Vienna, Iran’s Oil Minister Zangeneh and Patrick Pouyan, the Total Director, had long negotiations at the Campensky Hotel behind closed doors. Although the details of the talks are still unpublished, it is likely that the total gas deal with Iran would have occurred in November 95 and the first international gas agreement that was signed in Tehran was signed, according to the report. The agreement is the basis for the implementation of phase 11 of the South Pars gas field development plan, which was signed between the French company and the National Iranian Oil Company. The final value of the project is estimated at $ 4 billion and $ 800 million, the largest contract that Iran has signed since the abolition of sanctions. After the arrival of Tramp, who agreed on the Iran nuclear deal with the worst countries and repeatedly pointed out that the deal would not be implemented, Total agreed to deal with Iran. “We will finalize our decision to start this project next summer,” said Patrick Pouyan, executive director of Total. “We should be respectful of US investment in Iran,” he said. “The agreement must be clear.” South Pars gas is one of the largest natural gas reservoirs in the world, and Total has already been developing Phase 2 and Phase 2 projects.